I have to say I’m not at all impressed with the clouds this week. It was either completely gray, solid gray so that there was no contrast, or incredibly clear. Apparently, the weather gods did not see that this week’s assignment was clouds! Coming home from a session on Sunday I looked up and saw these clouds. I had to stop and get a shot of them, knowing this could be my only chance (sure enough because it rained all day today with just a sheet of gray coating the sky). Anyway, the neat thing about these clouds was that the side of them had a rainbow in them. I came home and asked Drew if he had seen it and he said, “That’s called a sundog.” Well, then…I had no idea, and it just now occurred to me that Charley told him about it on their way home, but still he just said it so matter of factly, that I felt like a moron! Ha!

So, here are my clouds. I think I will try to get another cloud shot when there are more interesting ones in the sky. Please share the link to your clouds in the comments below, I hope you had more luck than I did! 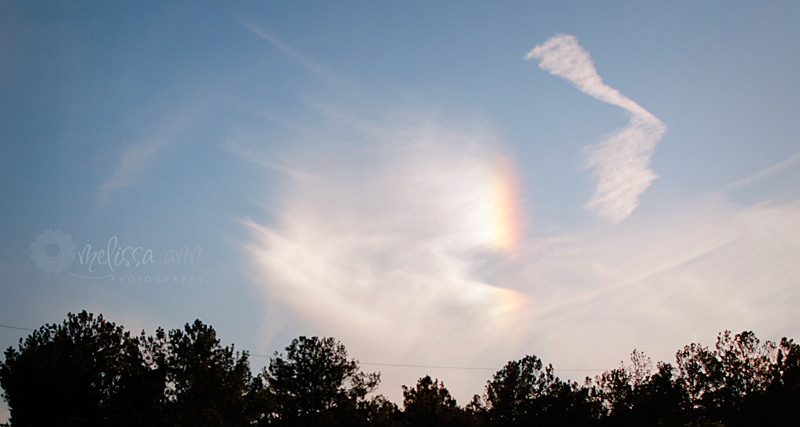