Saturday morning we woke up at 3am to load our car and 3 kiddos for a mini road trip to Salado, TX. All three boys sit in the middle row and a six hour drive beginning that early makes for some interesting events, but also some sweet ones.

Bradley dropped his orange water bottle and spent several minutes saying, “uh oh, uh oh…” Drew rescued the bottle from the floor debris that accumulates on a road trip and handed it back to him. I then handed him his doggie and this is what followed. After his huge smile at the orange water bottle (he has had an orange obsession since he was teeny tiny), he hugged them both and sat peacefully looking out the window, watching the amazing world pass him by. Simply precious. 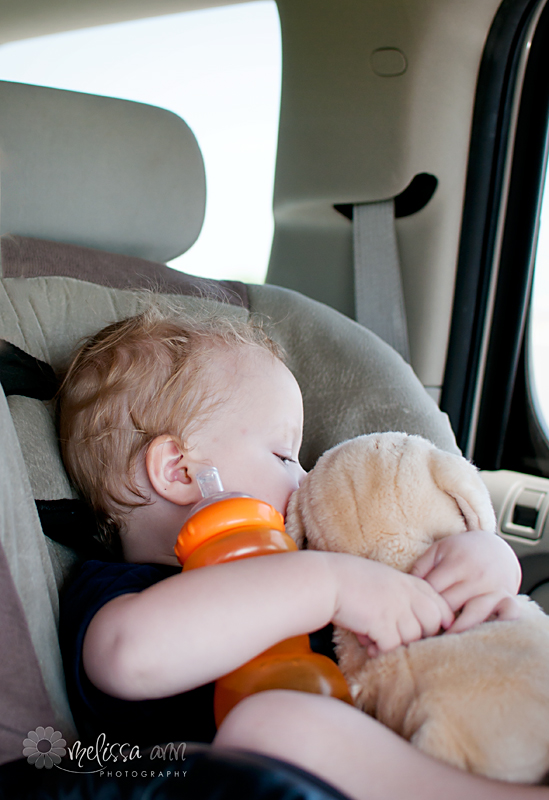 So, of course I had to include this photo in this week’s Chic Critique Glimpses project. Check them out if you’d like to join in, as well. 🙂