Here’s a quick glimpse into our egg hunting. We went over to our neighbor’s house to hunt for eggs while we waited for the bunny to come. Drew had been bouncing off the walls, running to the window claiming that he heard something. He even went outside for a while to search and came back exclaiming that he found bunny fur!

When we returned Drew started looking around the front  yard. I told him it wasn’t likely because the bunny is sneaky and would not want to bee seen, but he searched anyway. I stepped in the house and yelled, “DREW! DREW! LOOOOK! QUICK, I THINK I SEE SOMETHING!” He came shooting in the front door straight out the back to the yard and went right to work. He didn’t even empty the eggs from the neighbor’s hunt. There were a lot of eggs this year in case the twins caught on and were interested, but they weren’t so Drew made out like a bandit! Some eggs had candy, some didn’t, some were real ones we dyed. He had such a great time! I love that this bucket is the one he’s used each year, too. Makes it extra special 🙂 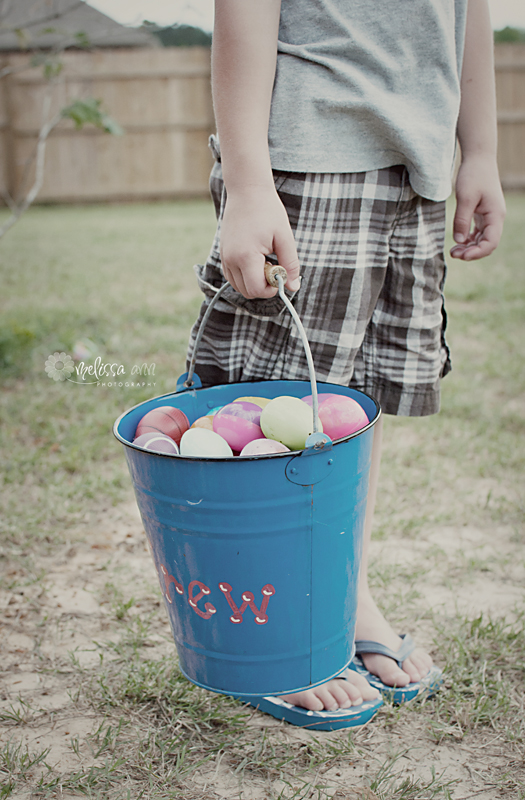 I hope you had a wonderful holiday weekend no matter what you did. To see some other glimpses you can check out the Chic Critique forum if you’re interested.