Traveling to the Northwest | Chapter 1

We gathered all of our necessities, crammed them into suitcases, loaded the double BOB stroller with car seats and luggage and headed for the airport. The Grooters were heading to the Northwest…uh, two years ago! Yes, I’m that behind with my own personal photos, it is what it is. This is the second time we’ve traveled via airplane with all three kiddos. The first being our San Francisco trip, which, now come to think of it I may not have blogged either. Sigh.

Anyway, this trip was both a family adventure and a chance for me to capture the birth of Adella May! It was a close one, but I made it! I’ve heard many wonderful things about this part of the country, mostly from Rachael, one of my best friends. She’s from Oregon and always had plenty to say about its fabulous everything. I have to say, the moment we got to Seattle, I was convinced and in love.

The Farmer’s Market was so neat. I’ve seen others, but this one just had a great feel to it. I loved the hustle and bustle of it all. The food looked amazing and the cooler weather seemed to complete the atmosphere of the entire place. 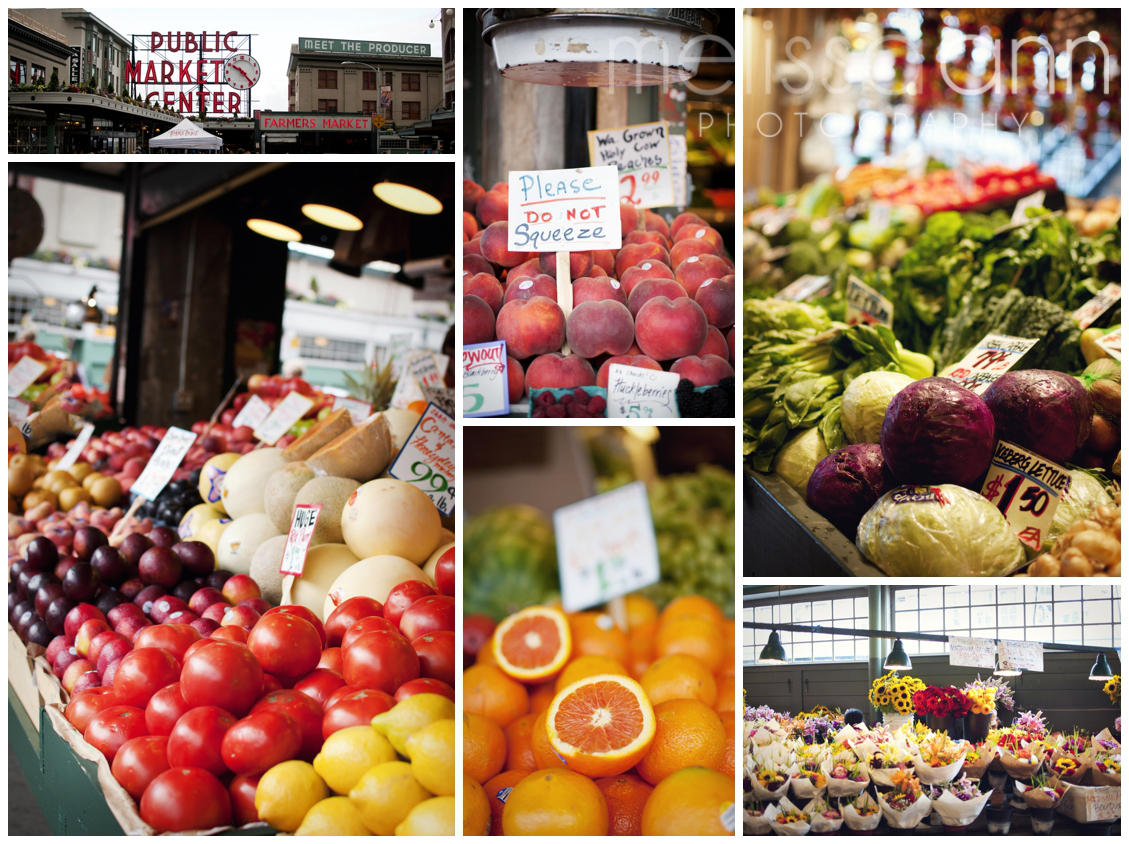 The fish market was so fun to see in person. I’d seen shows on TV or clips from movies of the guys throwing fish to each other once ordered. You just have to see that sort of thing first hand. The fish some of these people ordered was huge! I don’t know if anyone really needs all of that or if they just order it to see the fish flying through the air. It made me want to order something, but I’m pretty sure adding a 15-20 lb fish to our baggage would only make things more difficult. 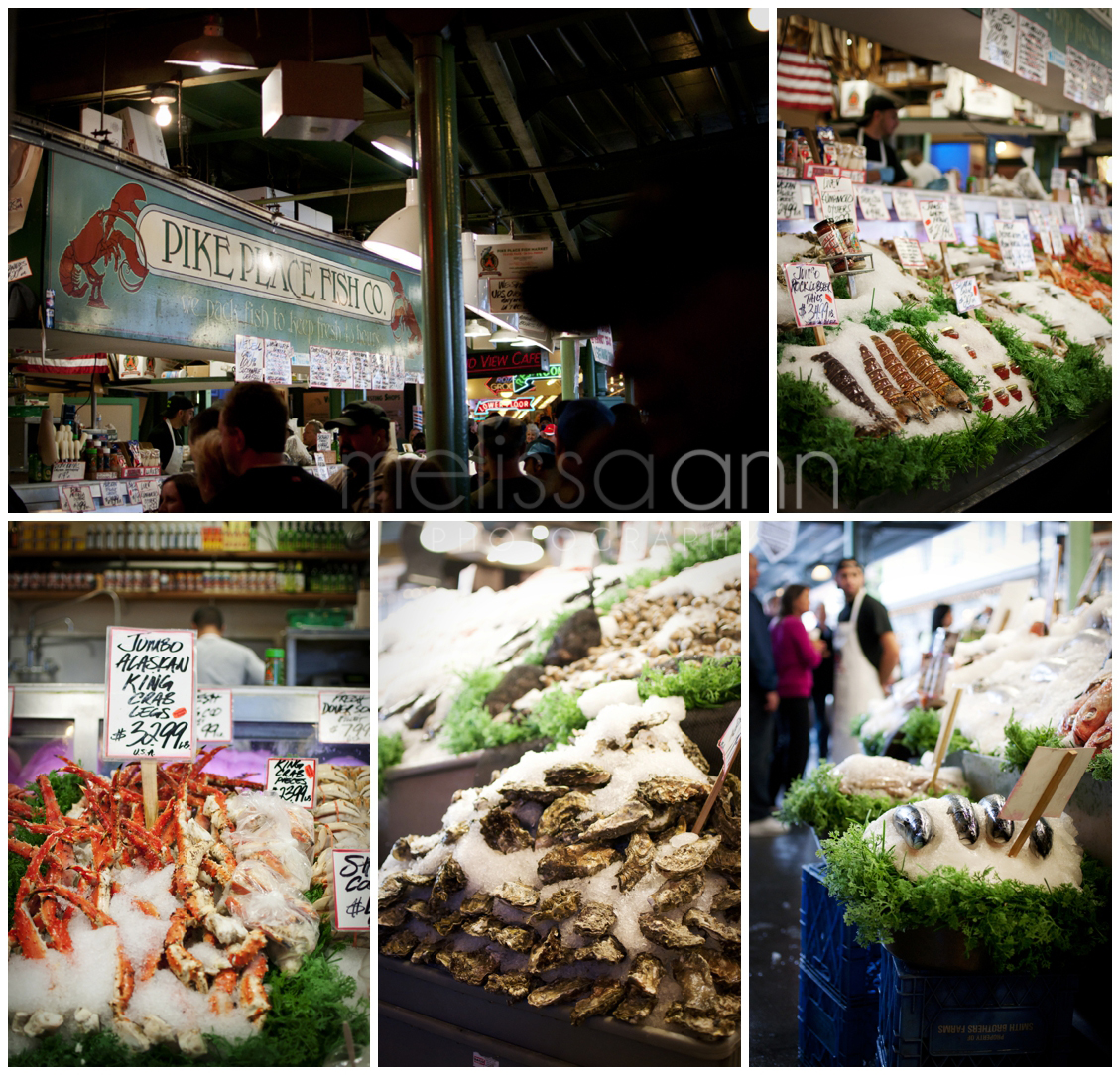 One of my favorite things about markets like this in larger cities is the performances. I don’t recall what this man was singing, it wasn’t terribly loud and was overlooked by many a passerby, but I glanced up from the fish market and was caught off guard by the expression on his face as he sang. His expression was one of sadness. His song, whatever it was, made me feel as though it was very personal to him, perhaps about his own life story. It was lonely and somehow powerful. 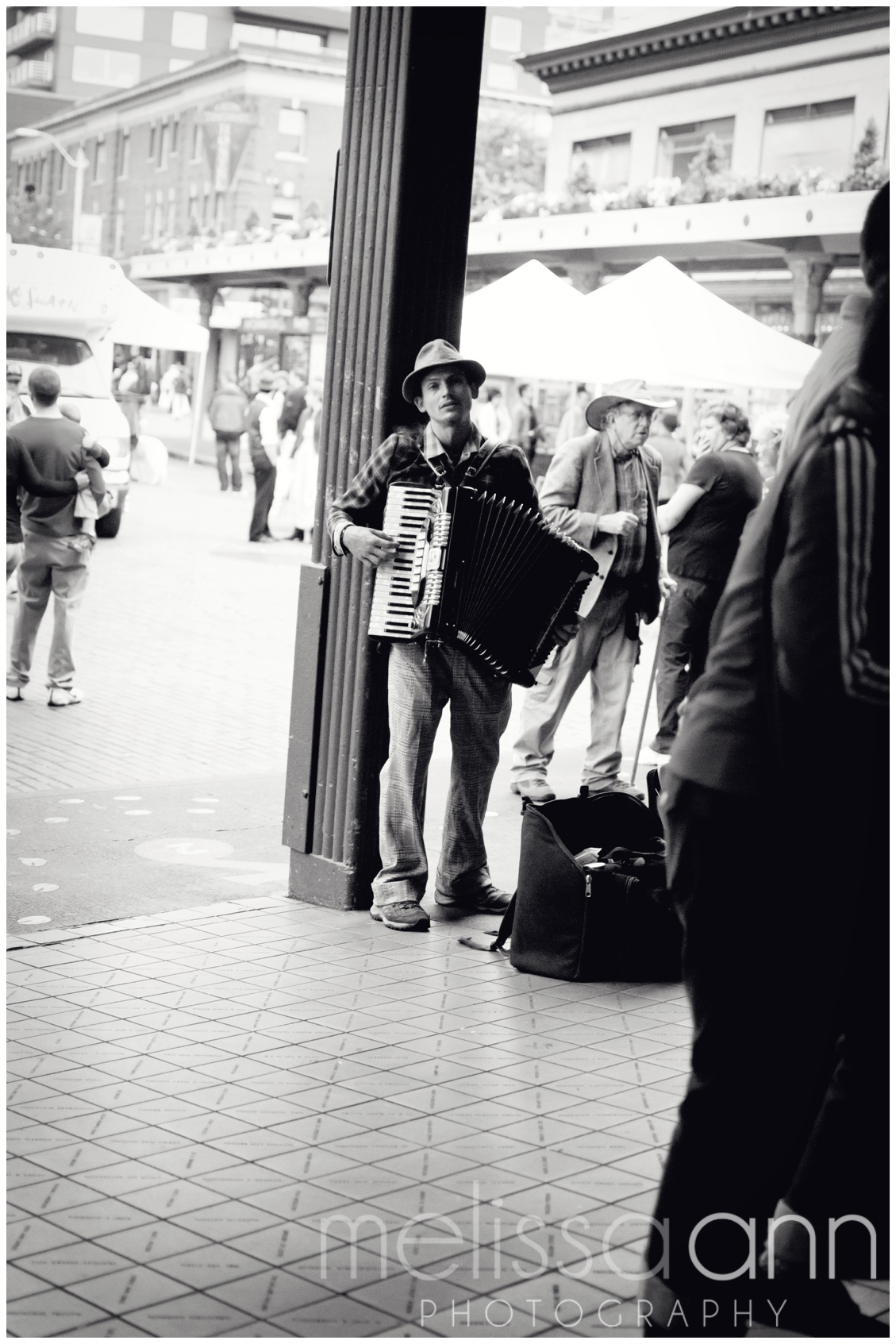 Contrast that situation with this one. I don’t know who the first person was to decide this was a great way to spend an afternoon, but apparently I’ve been missing out. I’ve seen people do this in New Orleans, as well. Sometimes people will toss a few coins at these silver members of society, however, more often than not, the only thing they gain is a pigeon friend and possible lead poisoning. 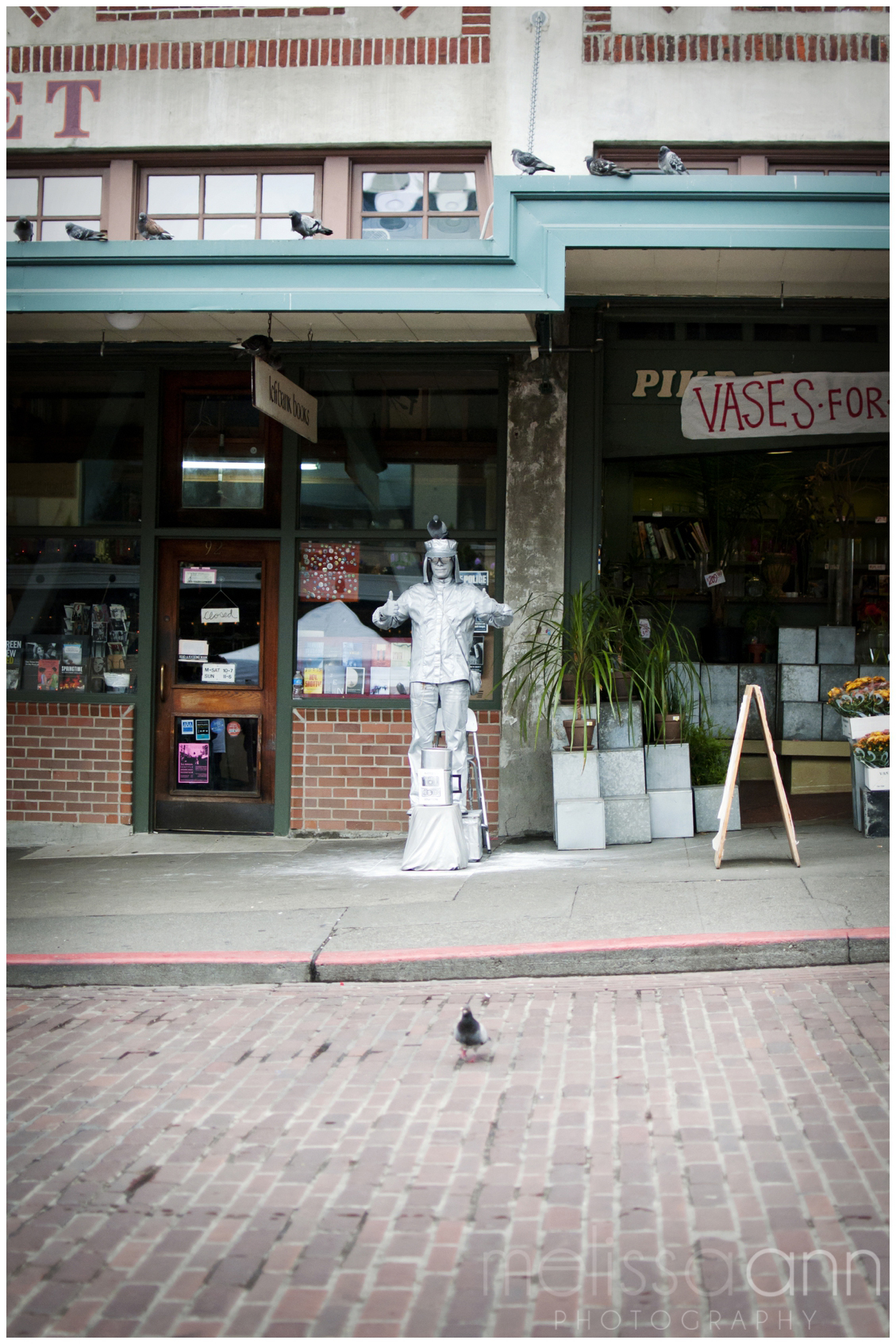 I wish we had more time to explore and experience this city. I’m looking forward to the next time we are able to visit. We couldn’t leave without the obligatory space needle photo and also a photo with the ginormous popsicles! Tourists we most definitely are! 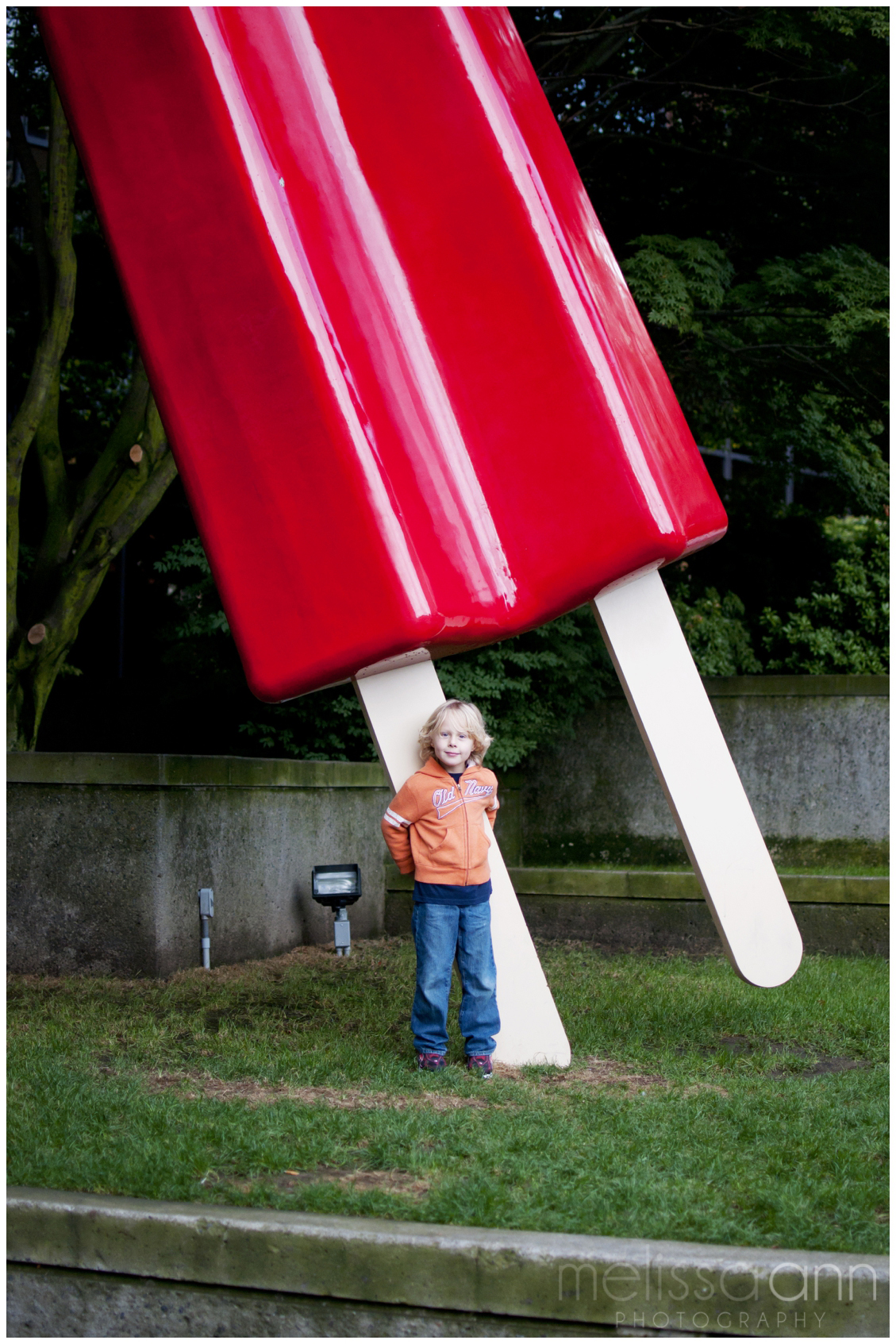 We traveled to Puget Sound where we boarded a ferry. It’s not like any I’ve been on, at least not to my memory. Charley and I lived in Galveston for a few years after we got married and we often used the ferry, but this one made our little ferry seem like a little toy boat. I highly recommend riding it across the sound. It’s so incredibly peaceful standing on the deck. The clouds seem to wrap themselves around you and as you glide across the water, you relish the isolation from the rest of the world. The gloomy colors and damp air create a feel of mystery, as though there are secrets that have been held here for many years. 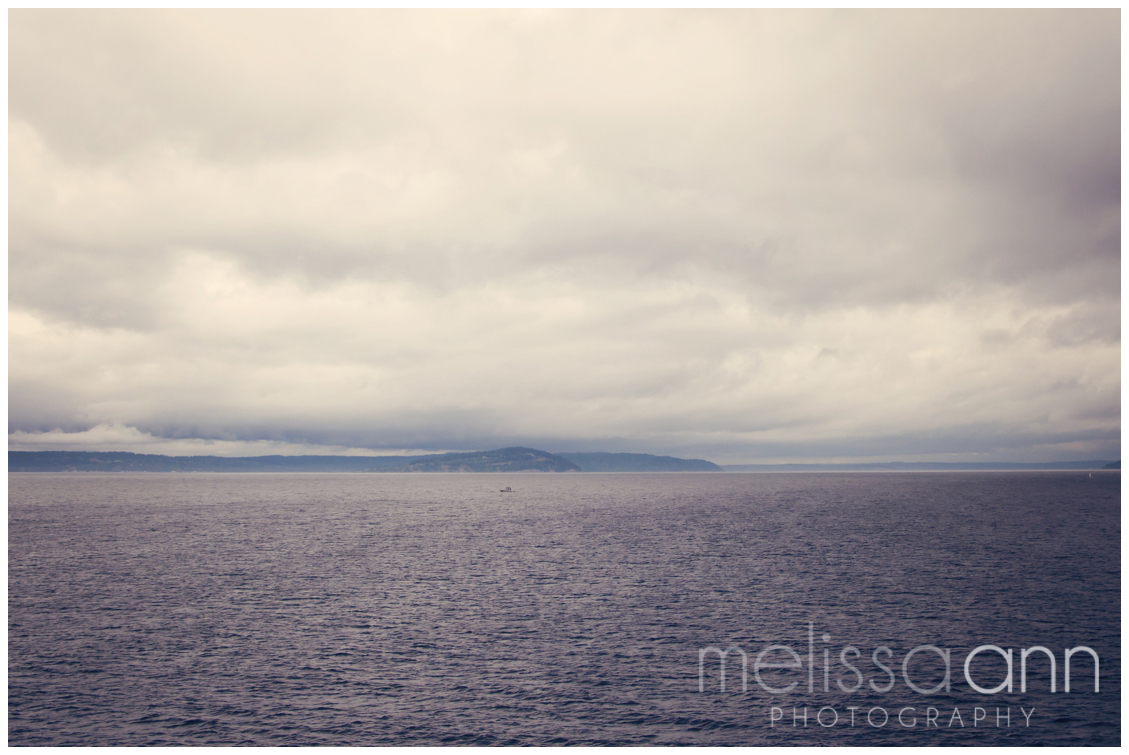 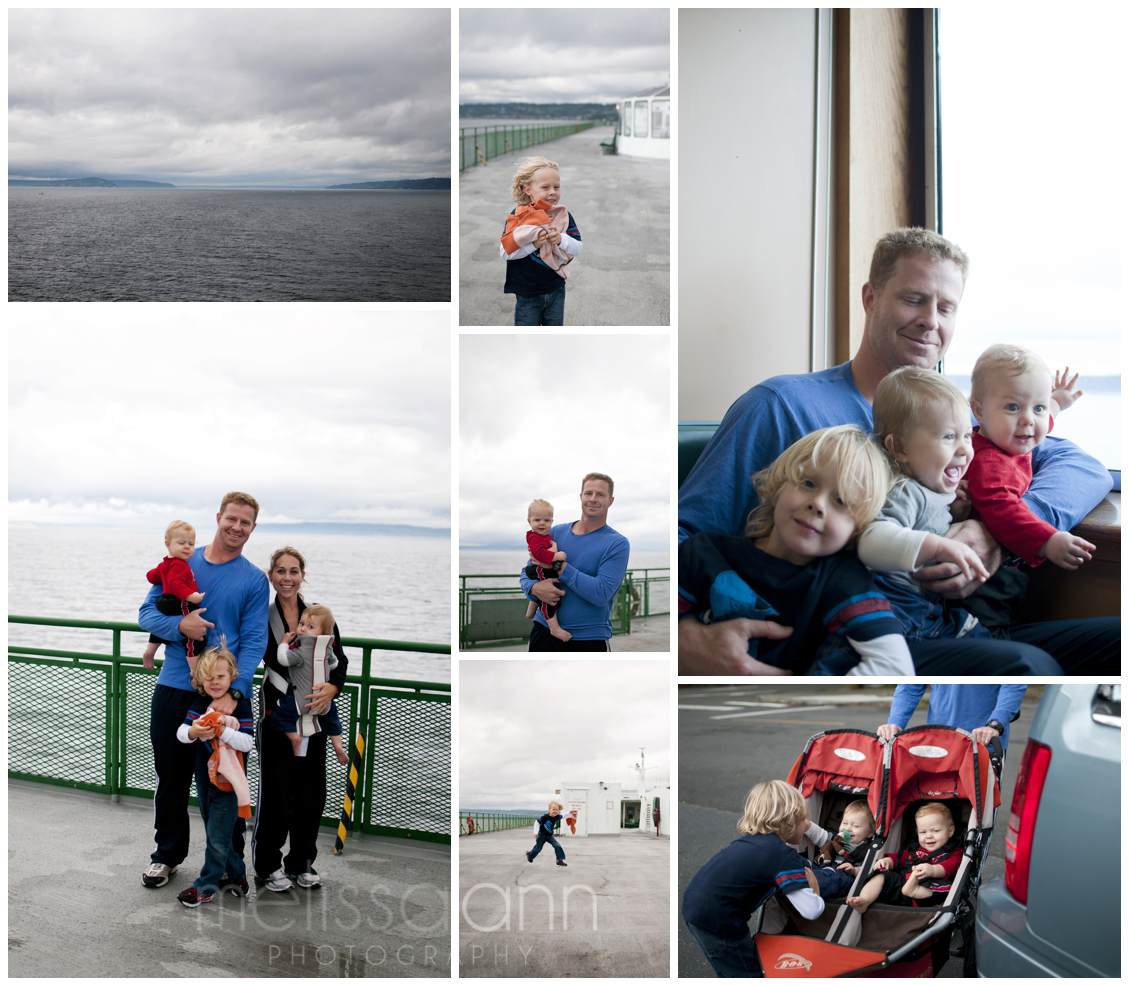 Confession: I’m that person on road trips…I sit in the passenger seat and take photo after photo of just about anything. Often, the photos show the bug splats on the windshield, but if weather permits, I will hang out the window as we go. The drive was just so lovely as we headed towards Olympic National Park. We were coming from Ft. Polk, Louisiana, enough said. This drive even allowed me to see the towns that created the setting for the Twilight series. Confession #2: Yes, I read the books…multiple times…and really liked them…ok, loved them. Yes, I also went to the midnight showing of all, but the last movie. I do not feel the least bit guilty, you have to have some goofy fun in your life…and some senseless obsessions :oP

We arrived to Olympic National Park and loaded the twins into our carriers. Hiking was the game plan and every step was spectacular. The colors, the smells, the silence of the forest completely overwhelmed me. I was also quite certain that at any given moment we were being watched and stalked by a mountain lion, but that’s neither here nor there. It was serene and majestic. I understood the appeal of this part of the country instantly. 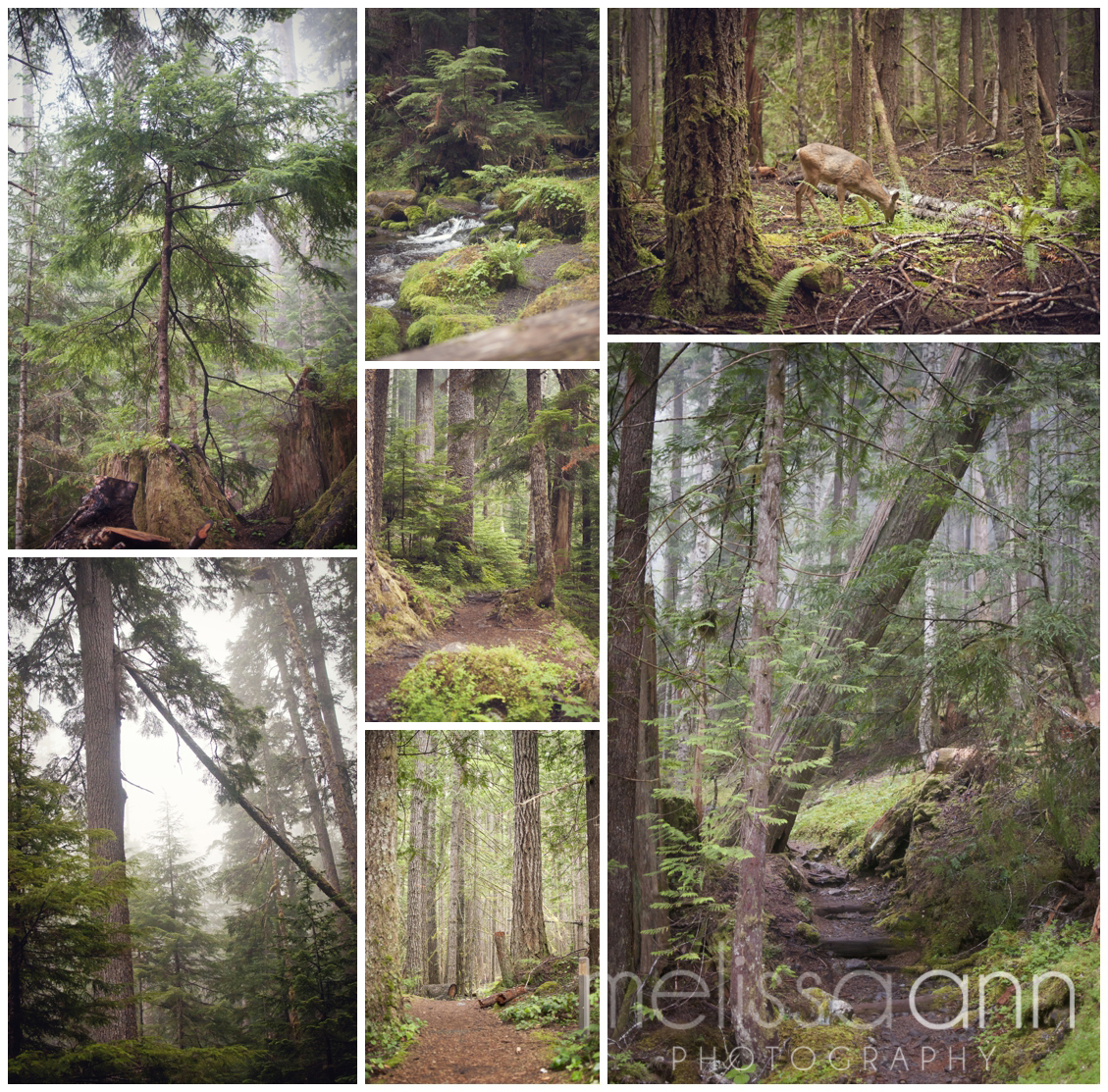 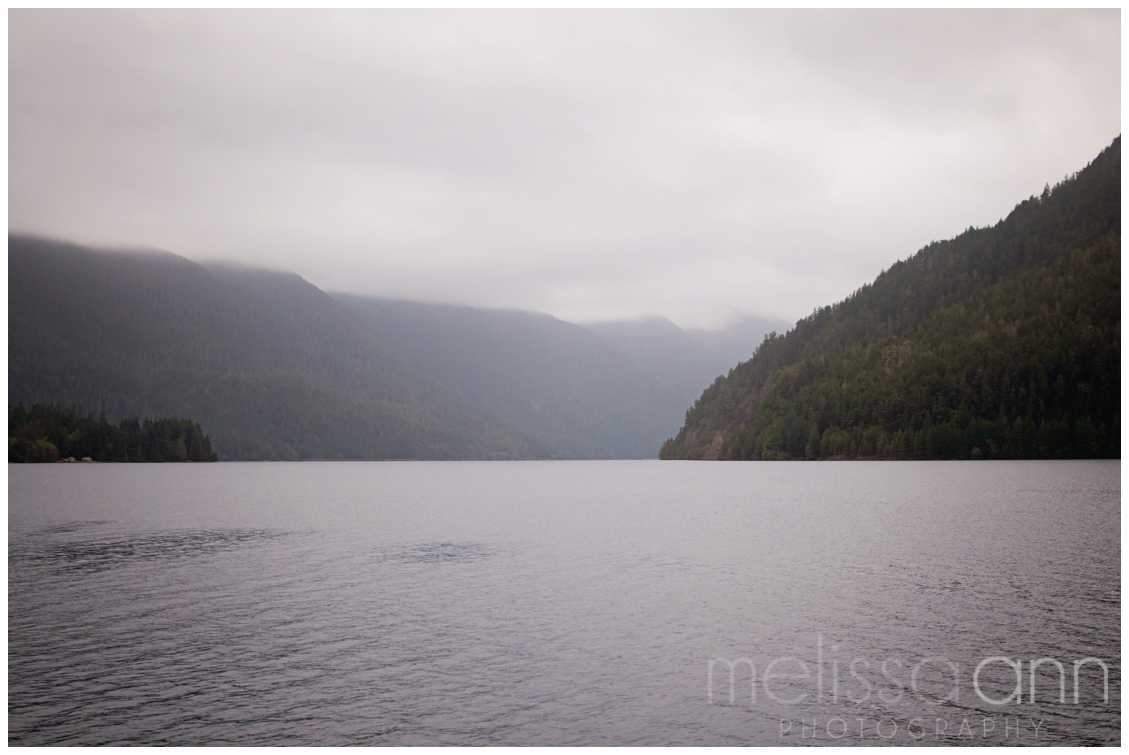 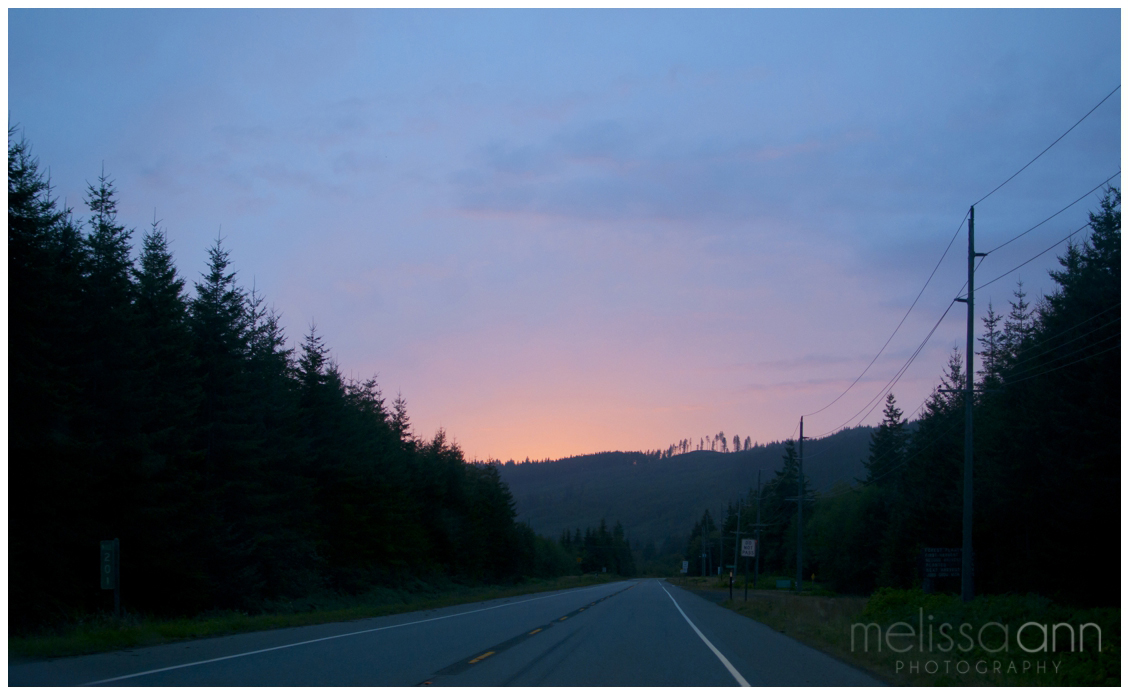 Our hike left us hungry and tired. We traveled further up to Forks (yep, another exciting moment for me). I had heard that the town was rather pitiful and there was nothing that would remind one of the Twilight series other than the movie posters. Honestly, that is entirely true. It was a very small town that earned its fame from the series, but there was nothing to support that fame. We went to a small diner to have dinner and the service was horrible. The people there were incredibly rude and apparently placing an order for a grilled cheese was way over the top. Oh well, we got to stay at Forks Motel, which is a cozy little place. It was clean and spacious and that’s all that mattered to us. On the way out of town the following day I found some souvenirs at the local grocery store and a Twilight poster in the window of a local business. Like I said, goofy obsessions can be fun, and it was enough to make me smile 🙂

Stay tuned for the next chapter from this trip. Coming soon… :oP