To The North Pole Of Course | Polar Express Party

Shortly before Christmas I was perusing Pinterest and came across a few Polar Express activities and party ideas. It sounded like so much fun and I wanted to create a version for ourselves. I love things like this to help make holidays more festive.

It began with the idea of having kiddos over in their pj’s, of course and offering hot cocoa as we read the book, then watched the movie. I wanted to also create tickets and a way for the kids to turn them in, however, I ended up running out of time and had to let that one go, at least for this year. My neighbors brought down the hot cocoa to serve with marshmallows 🙂 We also enjoyed some cookies and popcorn.

A few moments before the party began, I went to get something out of my closet and a bag of fake snow fell by my feet. Yes, I keep fake snow on hand for emergencies. Just kidding, I intended to use it for Christmas photo sessions, but never ended up pulling it out for them. Instead, I opened up two bags and started pouring it on my floor. Crazy, right?! Here’s the deal, it’s made of little bits of plastic and since my house is mostly tile it was so easy to clean up and ever so much fun! 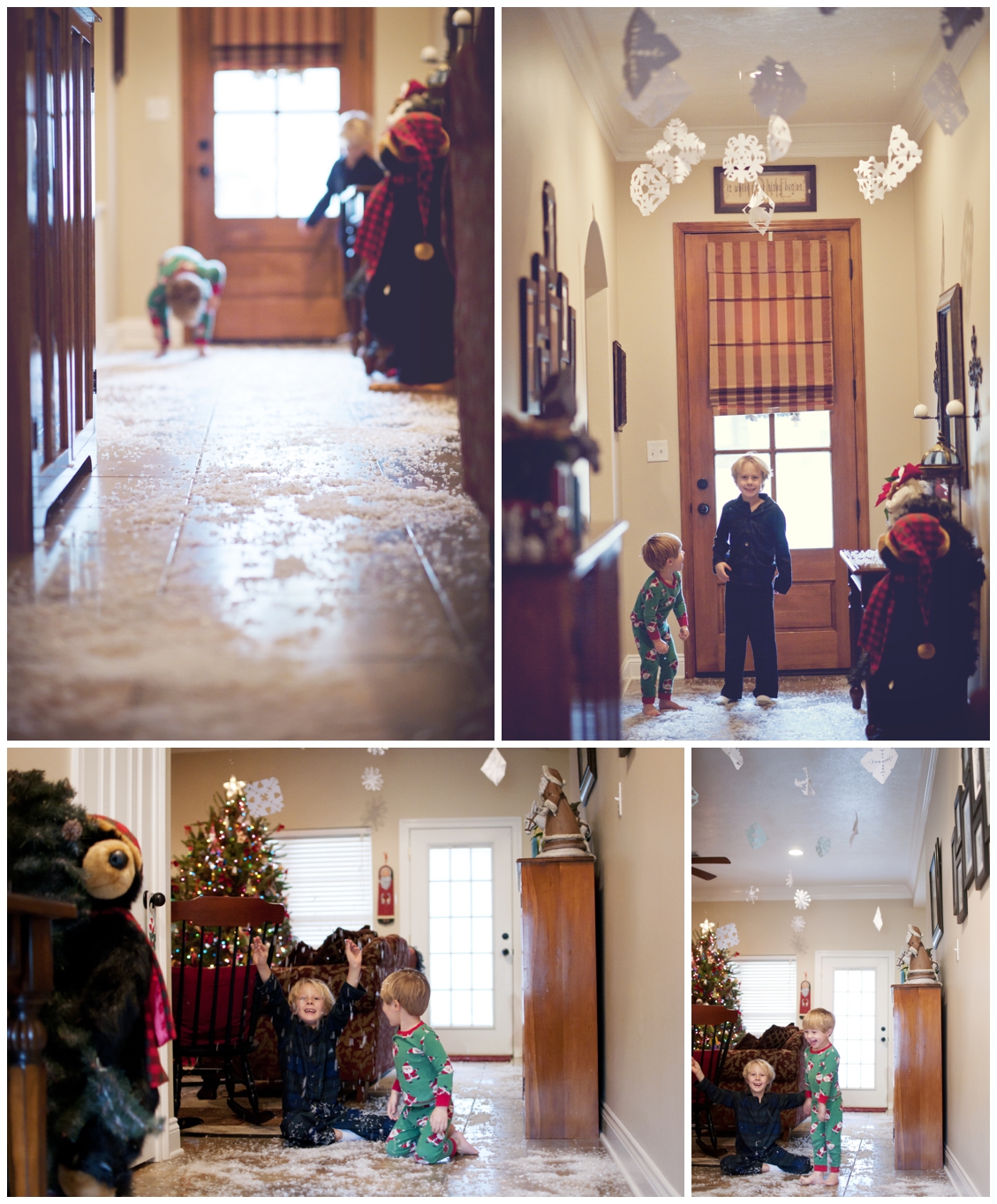 A couple days before the party we were making paper snowflakes just for fun and I suddenly had the idea to hang them throughout the house. I sent messages to my neighbors inviting their kiddos to make snowflakes that we’d hang up, too. The result was fabulous! I think I will have to do this every year. After my husband returned home the night before the party, he joined in the snowflake making festivities with Drew and they hung the rest of them up for me. I came home to snowflakes everywhere! 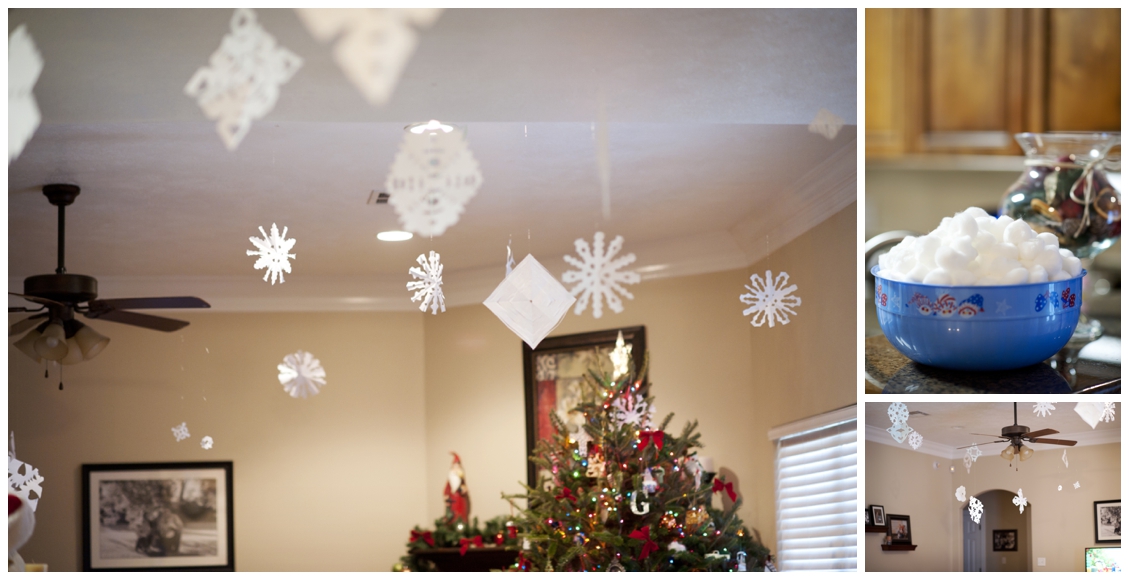 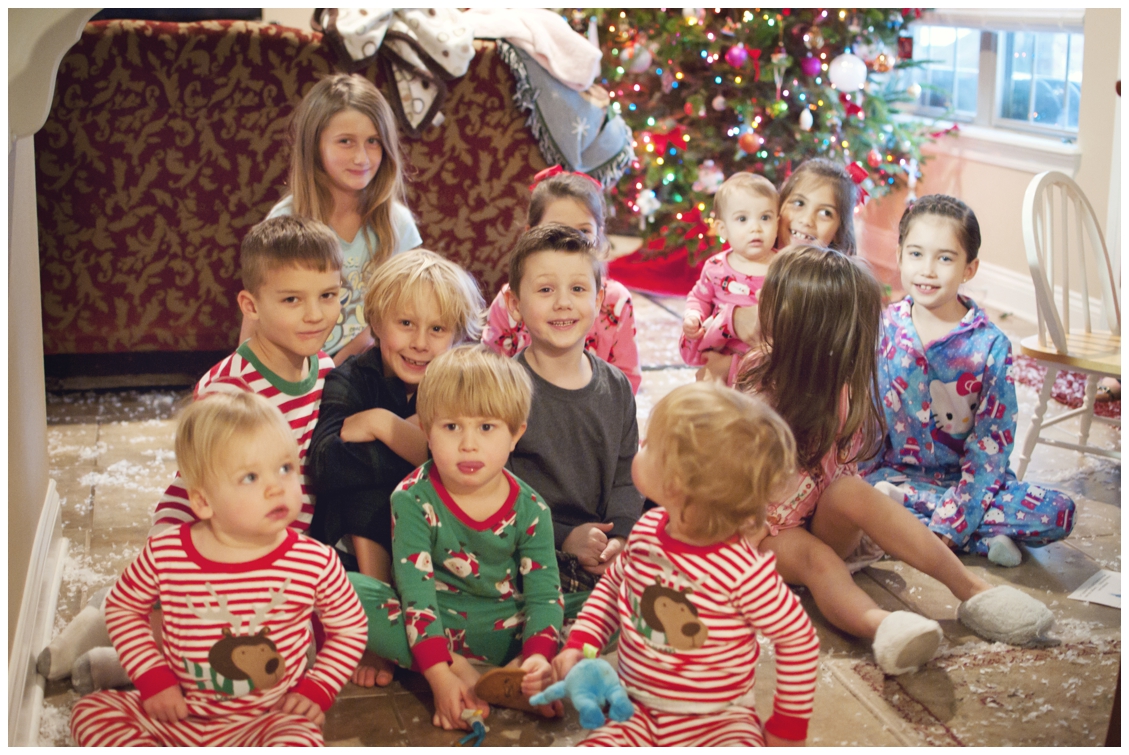 We also had our snowballs for our indoor snowball fight. I bought the white pom poms at Hobby Lobby last year and on Christmas Eve we had a snowball fight. It was so fun and this was a perfect opportunity to do it again. I told each participant to grab a hand full and I set the timer for a few minutes. The fight continued until the timer went off and then everyone had to freeze. I gave them all a bonus minute and all the kids helped to clean it up before starting our story.

We slowed down by reading our book and then went on to snacks and the movie. It was so fun, truly. I think I’ll have to do this party annually.

After a while the kids began to get antsy just sitting for the movie and they slowly started playing with the snow again. At first I tried to stop it, but then just let it go. They were having such fun and how often do you get to play with snow inside? 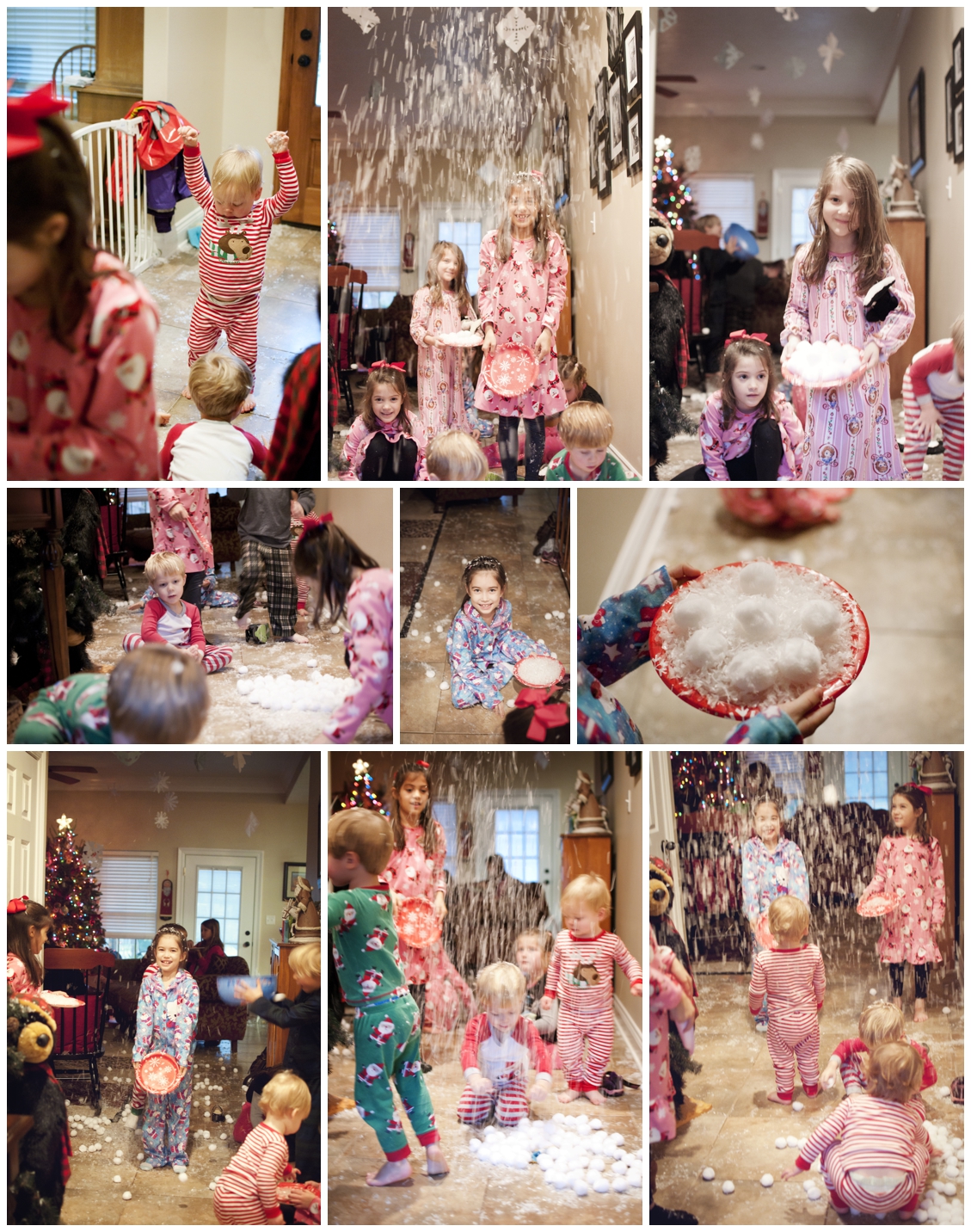 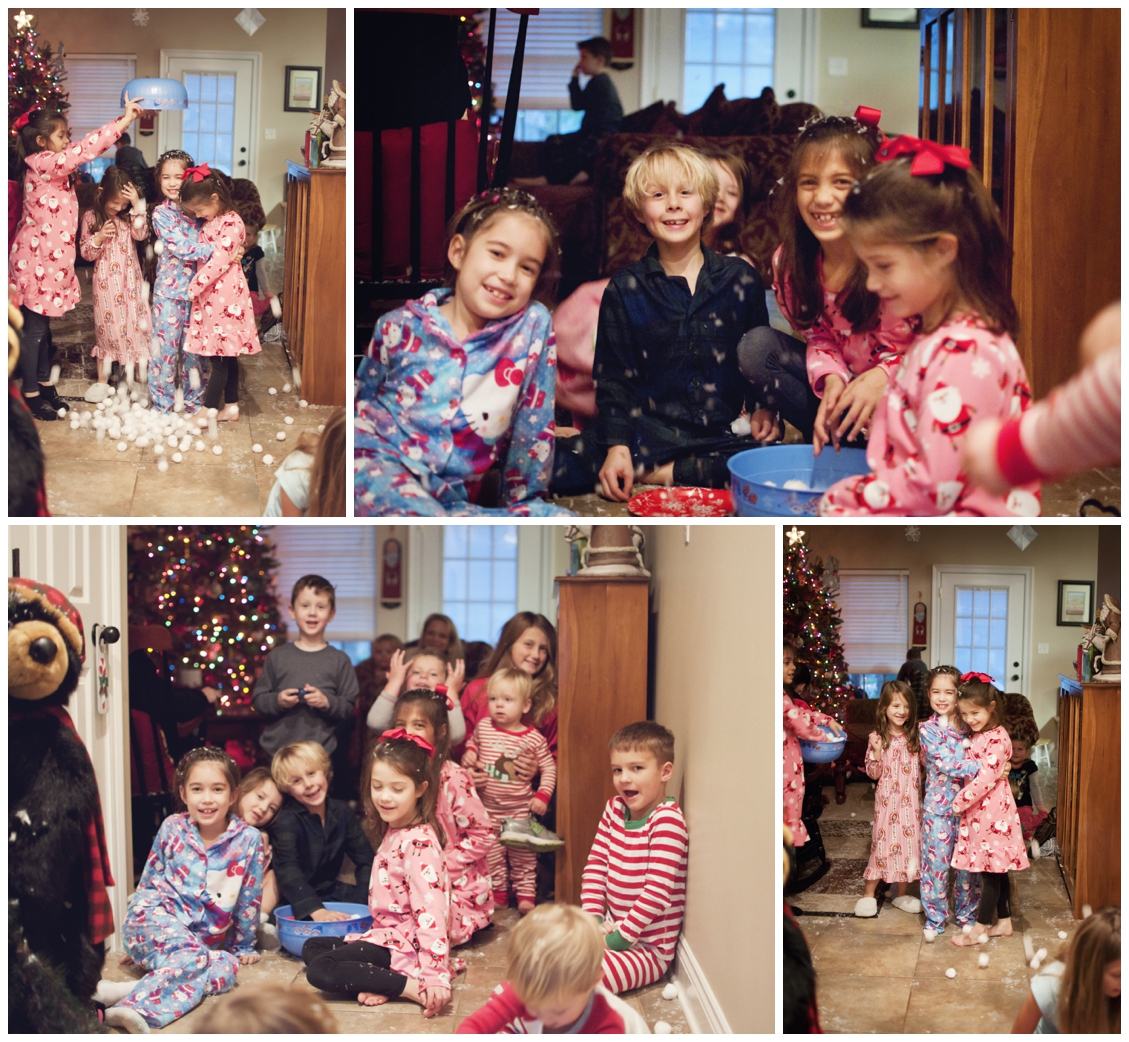 Overall, it was great. I think next year I’ll work on those tickets to pass out, too. The kiddos all left with a bell on a red ribbon as the first gift of Christmas and to hold on to the spirit of Christmas. The Polar Express is one of my favorite stories and they did a great job with the movie, too. Thanks to everyone who came and helped out. So, whose up for making more snowflakes for next year? 🙂