Harry Potter Gets His Portrait Made | Simple Background & Simple Lighting

I shared a post yesterday about Drew’s 8th Harry Potter birthday party. We had such a great time planning for it and a better time experiencing it. In that post, I shared some great DIY ideas to add fun details to your own Harry Potter party. I realized while typing that post, that I never shared our Halloween portraits.

This costume has been my favorite one of Drew’s to date. He’s now ten. I honestly don’t see why he doesn’t want to be Harry Potter every year. I mean, I was a black cat for several years, I think. Some things just work no matter how old you are, why change it? Let me know if that argument works on any of your kids.

Anyway, I wanted to share these with you because should you wish to photograph your own wizard or witch, or any other creature you may have lurking about, there are easy things to make it successful. 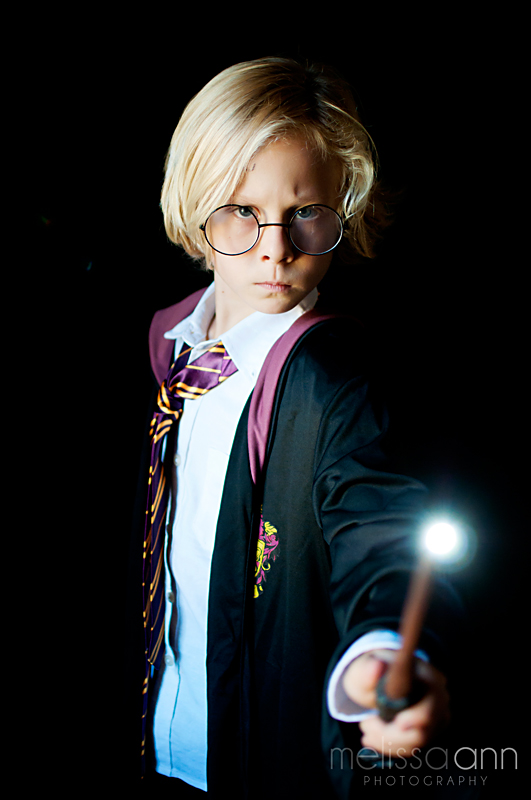 These photos were not the product of a major background set up. There was virtually no major equipment necessary other than my camera. You can totally do this DIY background yourself. 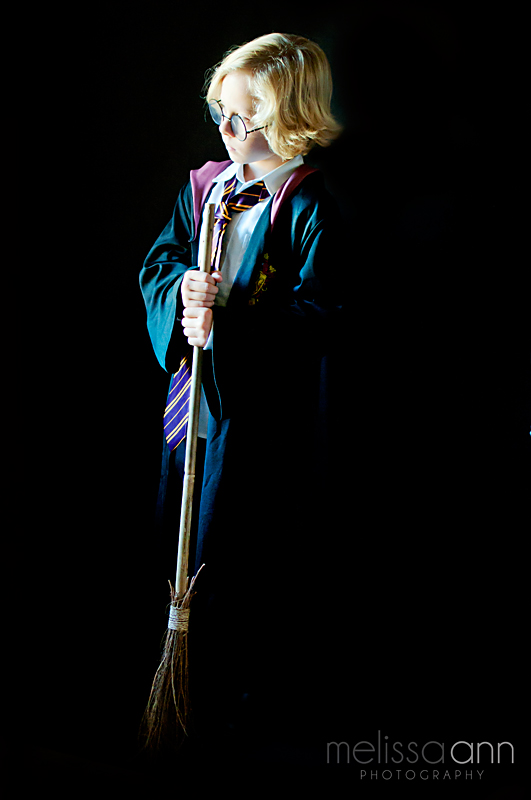 Here’s how it went down. I told Drew to go suit up while I put his twin brothers to bed for a nap. I took a roll of black paper often used for bulletin boards at schools, which I found at Hobby Lobby, and zipped over to our front door. That area had the best light in our house due to the windows in the front door and the small covered entry way. It helped to defuse the light so it wasn’t so harsh. I taped the black paper to the wall taller than he was and let it roll all the way down and out from the wall about 3 feet. I cut the paper and taped it to the floor. That’s it. The entire set up. The. Whole. Thing. There were no studio lights, no special high tech photography stuff. 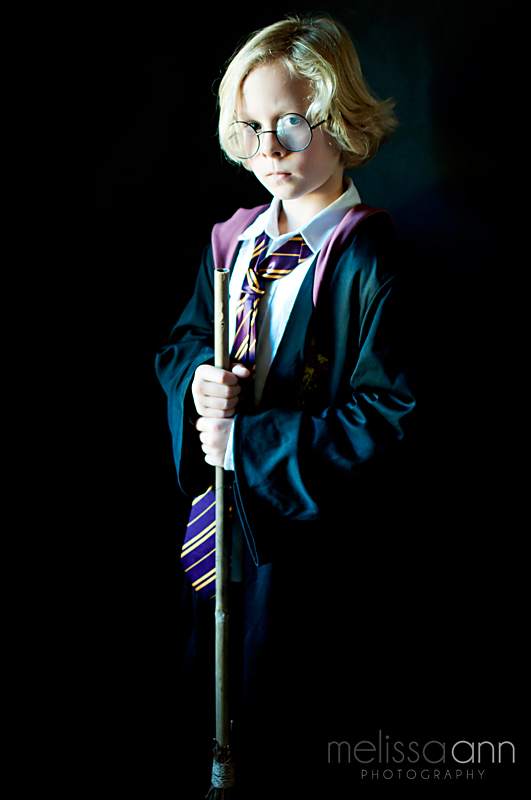 As soon as that was taped in place, we had some fun. I worked in a small space because it was a narrow hallway, so you have to get creative with your angles sometimes. Try different things out, if it doesn’t work, try something else. The best part came when I told him to give me some different expressions. I told him to pretend Voldemort was coming at him and he had to fight for not only himself, but everyone he cared for. That motivation along with his light up wand, gave us the result below. 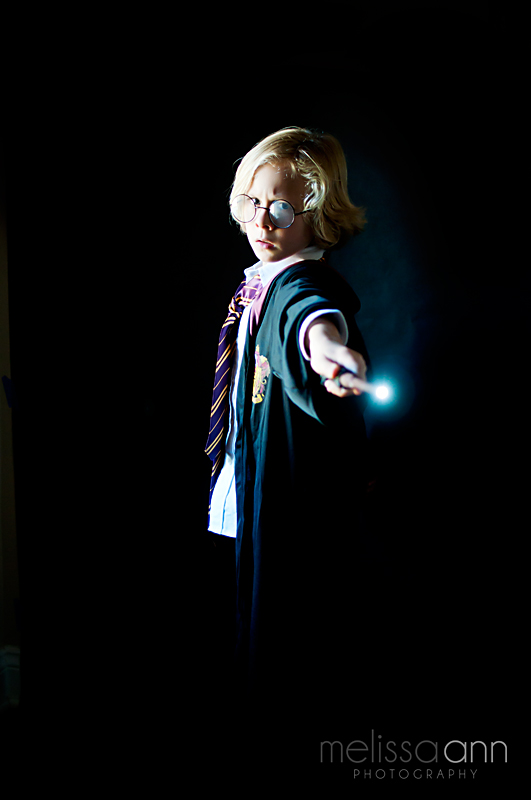 Now, obviously Harry is no blonde kiddo, with long flowing beach bum hair, but I think this guy pulls it off pretty well. And I think he knows it! 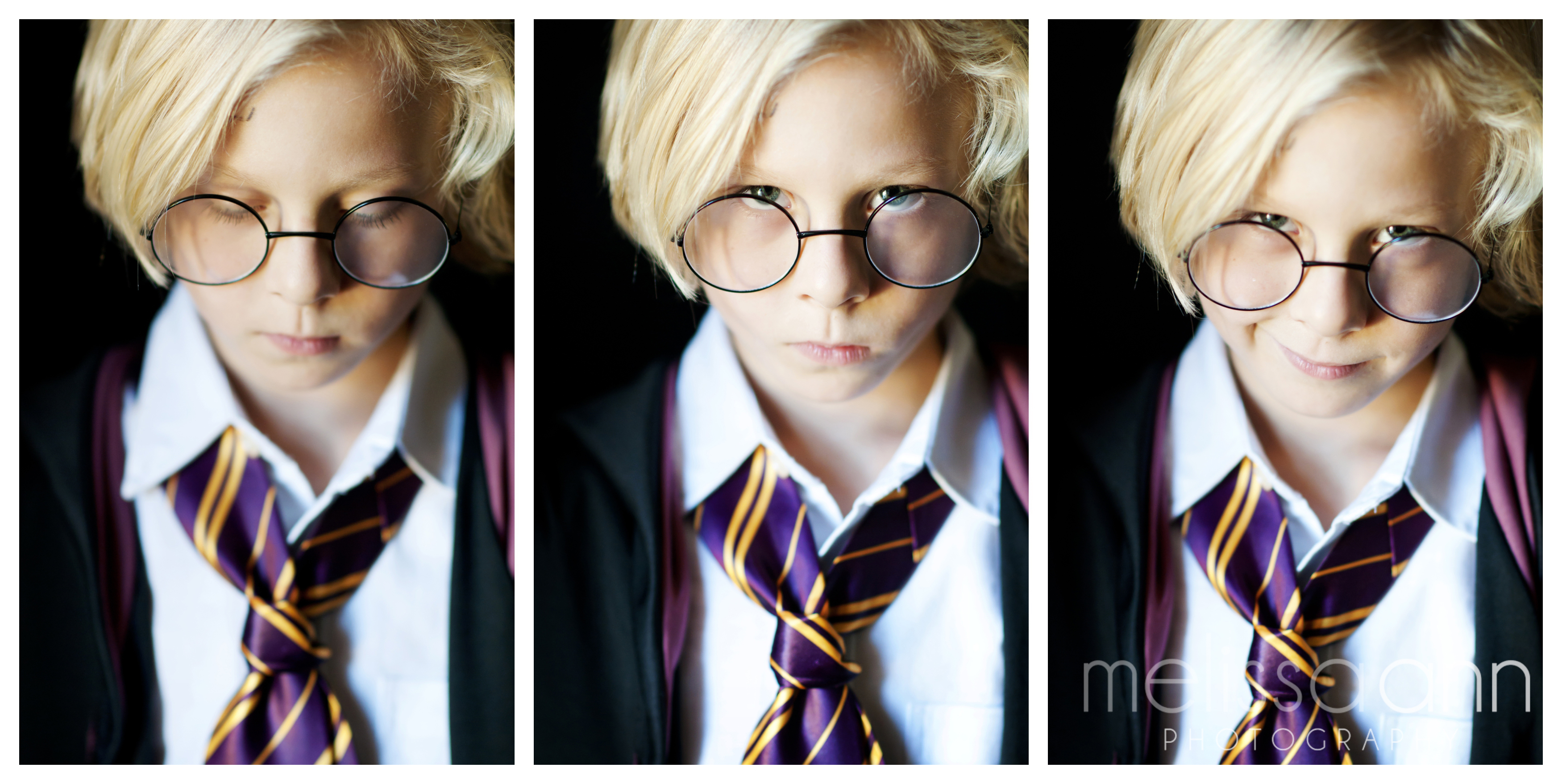